Aventus has launched its main net Aventus Network as a layer-2 solution that lets any organisation build on Ethereum without the typical limitations.

The technology underpinning the Aventus Network (AvN) was first conceived by co-Founder and CEO Alan Vey at Imperial College London and this new launch sparks the beginning of a new strategic direction for Aventus as it transitions from a live entertainment ticketing protocol to a solution with a much broader market.

Ethereum remains, and will remain, the network of choice for any organisation adopting blockchain technology as it offers a more secure way to make and monitor transactions than through traditional methods. However, it is a victim of its own success and therefore extremely limited by the number of transactions possible per-second, high fees, and slow transfer times.

AvN is also built with interoperability with other public blockchains into its foundations and long-term plans. To this end, Aventus will make its technology entirely open source for the developer community.

“Several years of development and comprehensive testing in the making, AvN is built on the belief that Ethereum is brilliant – the philosophy of decentralisation, its high levels of versatility and security, and its incredible community of creative developers and enthusiasts. However, it’s limited, and we want to remove those limitations so that any organisation that could benefit from blockchain has the opportunity to.”

Thanks to Aventus’ existing partnerships with Cashback App, Artos Systems, FanDragon, and VOW currency, the Aventus Network is set to process a minimum of 8.5m historical transactions in the coming months. 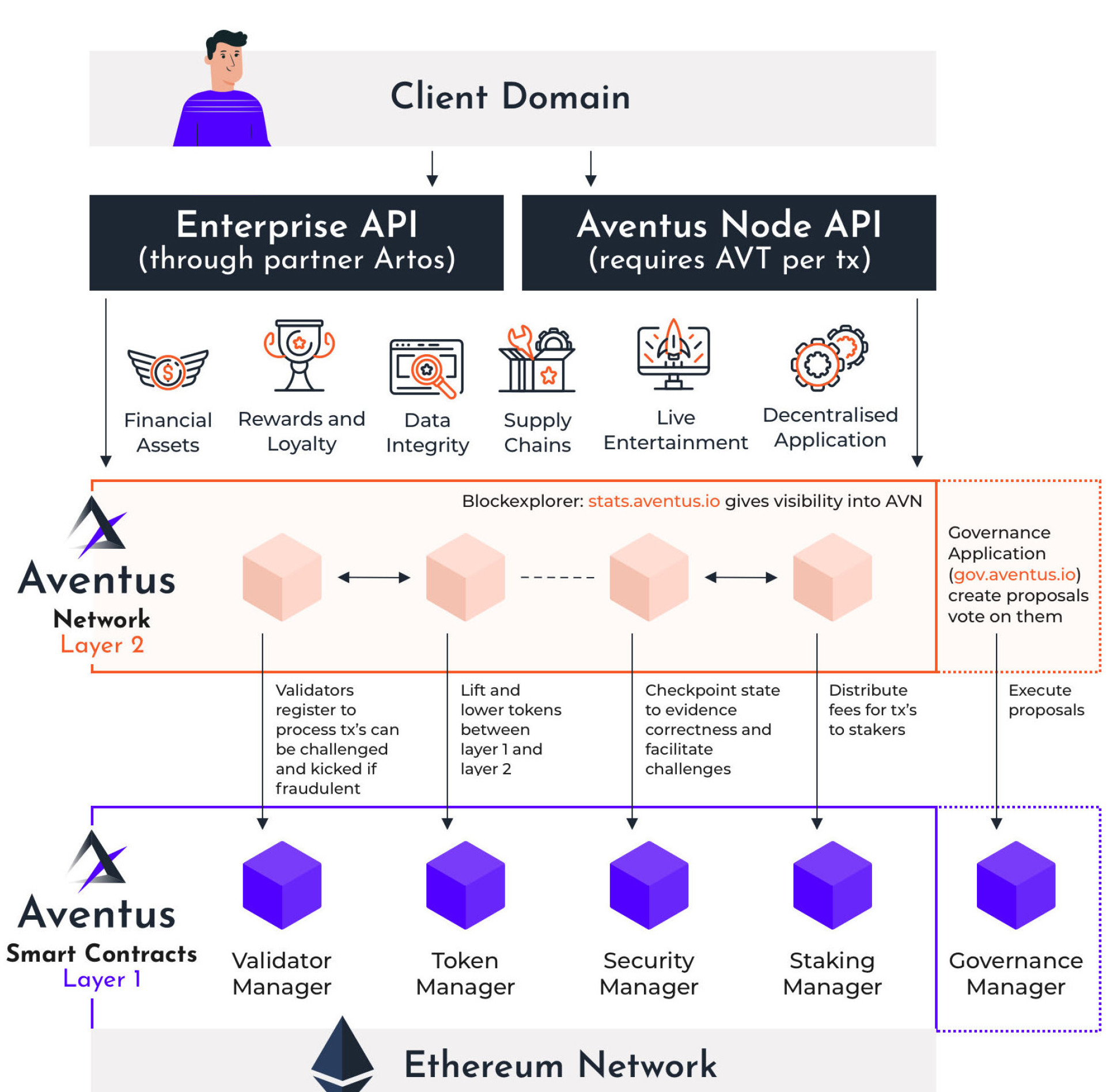