Crypto Watch is back again to bring you the latest updates you might have missed in the cryptocurrency market. Since the digital coin is becoming a thing, more and more companies are becoming interested in it.

Various agencies and companies are now making efforts to enter the rising market of crypto to attract more consumers. Aside from these, different game developers and publishers are also trying to explore the world of play-to-earn blockchain games.

PayPal recently announced that more consumers could soon buy, sell, and hold digital currencies using their virtual wallets. The giant online app would further expand its new crypto feature in the United Kingdom, offering residents to use their accounts to invest in popular crypto brands, such as Litecoin, Bitcoin, and Ethereum.

(Photo : Photo by PHILIPPE LOPEZ/AFP via Getty Images)
A man talks on a mobile phone in a shop displaying a bitcoin sign during the opening ceremony of the first bitcoin retail shop in Hong Kong on February 28, 2014. Bitcoin was invented in the wake of the global financial crisis by a mysterious computer guru using the pseudonym Satoshi Nakamoto and unlike other currencies.

“The tokens and coins have been around for a while but you had to be a relatively sophisticated user to be able to access that… having that on a platform like ours makes a really good entry point,” said Jose Fernandez da Ponte, PayPal’s Blockchain General Manager, who is also handling the app’s segment for cryptocurrencies.

PayPal already launched its digital currency service in the United States back in October 2020. Since it would also reach the United Kingdom, some experts claimed the app would further expand its blockchain innovation to more countries.

On the other hand, Nomura Holdings, a Japanese financial holding company, confirmed that it entered the blockchain community through cryptocurrency selling. Specifically, the agency said that it would allow consumers to exchange their digital currencies for pizza, pasta, and other types of dishes.

The great thing about this is that interested individuals could taste the meals prepared by the award-winning Japanese chef Masayuki Okuda. 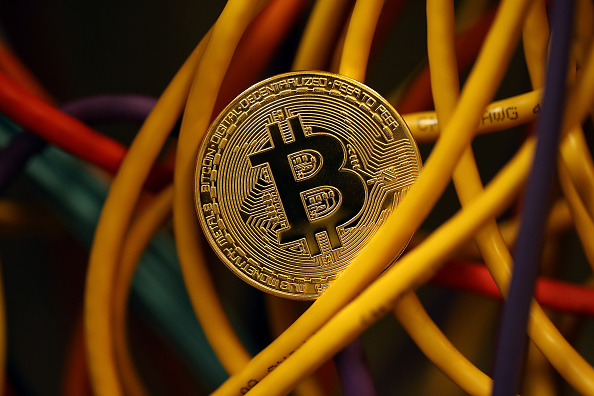 (Photo : Photo by Dan Kitwood/Getty Images)
A visual representation of the digital Cryptocurrency, Bitcoin on October 23, 2017 in London, England. Cryptocurrencies including Bitcoin, Ethereum, and Lightcoin have seen unprecedented growth in 2017, despite remaining extremely volatile. While digital currencies across the board have divided opinion between financial institutions.

One of these companies is EA Sports, one of the largest sports-based title publishers. Various reliable sources confirmed that Electronic Arts released some job postings on LinkedIn, specifically looking for individuals who have expertise in cryptocurrencies and encoding.

EA Sports said that it is looking for Senior Director and software engineers to help the company explore fantasy sports, NFTs, and blockchain.

This article is owned by TechTimes