Cryptocurrency is big business. Once the domain of computer programmers and fringe early adopters, the past few years have seen digital currencies move to the mainstream.

And speaking at an Australia-Israel Chamber of Commerce lunch in Melbourne last week, Treasurer Josh Frydenberg said digital wallets and cryptocurrency, along with buy now, pay later, “are fast becoming the new norm”.

“The global crypto-asset market is worth more than US $2 trillion, with around 220 million participants around the world,” he said.

“More than 800,000 Australians have transacted digital assets in the last three years, with a 63 per cent increase this year compared with 2020. These trends will only accelerate and the uses for these technologies will only expand.”

Frydenberg said the federal government is also commencing consultations on the feasibility of a retail Central Bank digital currency in Australia.

In Israel, investment in cryptocurrency companies exceeded US $1 billion for the first time earlier this month, according to The Jerusalem Post.

But what exactly is cryptocurrency? At its simplest, crypto-currencies are electronic tokens created by programmers and other entities that can be used as payment for goods and services online.

They are tied to a technology known as blockchain – decentralised networks spread across the internet that manage and record transactions to ensure transparency and security.

The first and arguably most famous cryptocurrency is Bitcoin, which began trading in 2009. Worth just 42 cents at the start of 2011, its value skyrocketed over the past decade, reaching a high of $92,601 on November 9 this year.

Other well-known coins are Ethereum, XRP, Litecoin, Polkadot, Binance Coin, Cardano and Solana. In all, there are more than 10,000 cryptocurrencies in existence.

The cryptocurrency market is extremely volatile and coin values can fluctuate wildly in both directions. At the time of writing, fuelled by the speculation over the COVID-19 omicron variant and other global factors, the market had cooled significantly since the November highs, with Bitcoin trading between $65,000 and $70,000 with most other coins also down. 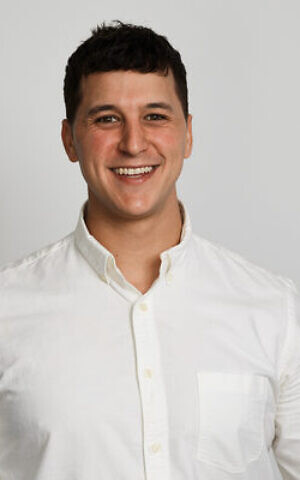 Jewish Sydneysider Sean Tolkin, who founded cryptocurrency business Aus Merchant last year, said it is important “not to be afraid” of the volatility.

“The recent sharp declines in most cryptocurrencies is very much par for the course and is certainly nothing to panic about,” he said.

“During the parabolic rally in 2017, Bitcoin also declined 40 per cent before rallying several hundred per cent in a few weeks thereafter.

“As the asset class matures, the volatility will be mitigated. However, cryptocurrencies are a nascent asset class and as such, volatility is the price paid for outsized returns.”

With his team having conducted a plethora of technical analysis and on-chain analysis metrics, Tolkin added, “I think the Bitcoin run itself isn’t over.”

Formerly involved in property and commercial property management, Tolkin said a friend first explained Bitcoin to him in 2016.

“I almost instantly saw value in the opportunity, cryptocurrency and Bitcoin being a decentralised form of currency … and started doing further research,” he said.

“When it became evident that Bitcoin was the most effective way to mitigate the rampant printing of money by central banks and realise financial sovereignty, I knew this was a space I wanted to be involved in.”

That journey led to him establishing Aus Merchant in June last year.

“I founded the company with the mission of empowering individuals and businesses to harness the potential of blockchain technologies to take charge of their financial wellbeing. We started bridging the gap between digital and traditional finance by helping enterprise clients accept cryptocurrencies as a form of payment, without them having any risk exposure to market direction,” he said.

Tolkin said digital assets have historically been the domain of the tech-obsessed and speculators, however “this dynamic is evolving at an unprecedented speed”.

“Institutions and venture capitalists are now heavily invested in different ‘Web 3’ projects that are changing the way a myriad of industries will operate,” he said.

But he warned that the space “is rife” with frauds and ponzi schemes.

“Even the most astute investors can be confused by the plethora of projects seeking capital investment,” he said.

“Aus Merchant Investments’ team have the ability to determine which projects are the dot-com-bubble equivalent of ‘pets.com’ and which are the Amazons.”

For new investors, Tolkin strongly recommended avoiding “meme coins” and whatever is being marketed as the “shiny new thing”.

“Rather, simply investing in base layer cryptocurrencies such as Bitcoin, Ethereum, Luna, Avax, Polkadot and Solana will provide effective exposure to this industry,” he said.

“Furthermore, removing these digital assets from exchanges and keeping them either in the Aus Merchant Fireblocks vaults or a personal hardware device such as a ledger is strongly recommended.

“For wholesale investors that don’t have the time or desire to study and trade themselves yet recognise the potential of this industry, we highly recommend exploring different managed investment schemes such as the Aus Merchant Investments Alpha Fund.”

Melburnian Michael Popper has been interested in cryptocurrency trading since late 2017.

Part of both the lure and the danger of the crypto space is that it blurs the line between what is too good to be true and what could turn out to be a life-changing investment. – Michael Popper, investor

“It was the first recent sort of major bull run, where everything just went crazy,” he said.

“People around the office where I was working all started talking about it. At the same time you started seeing big news articles in the mainstream media. Everything was building momentum.

“So at that time I actually started learning, what is bitcoin, what is a blockchain? How does it work? What’s the purpose of it?”

Popper recalls buying stable coins – cryptocurrencies with a value pegged to a traditional currency such as the US dollar.

“You could basically turn your dollars into these stable coins and deposit them into these websites or platforms or protocols, and they’d offer you crazy things like 15 to 30 per cent annual interest rates,” he said.

“To my knowledge, those kinds of opportunities obviously just didn’t exist in the normal banking world.”

Popper added, “The returns in crypto, unlike most mainstream finance products that I’m aware of, are absolutely variable. There’s no real predictability. But over the long term, it can average out to a pretty good yield.

“Part of both the lure and the danger of the crypto space is that it blurs the line between what is too good to be true and what could turn out to be a life-changing investment.”

While his gains and losses over the years have been “all pretty much on paper”, he said, “Overall it’s been a successful endeavour for me.

“I’m not about to retire or anything like that. It’s given me a little bit of extra money to play with if needed.”

“You always need to have some idea of the team behind a project,” he said.

“When you come up against a project that’s promising the world, but there’s no mention of who the developer is, who the founder is, and they make claims like ‘we need to keep ourselves anonymous for our own protection and security’, that’s a big red flag that I ignored late last year to my detriment.

The global crypto-asset market is worth more than US $2 trillion, with around 220 million participants around the world – Josh Frydenberg

“It’s a space that probably has more scams than legitimate projects.”

Other advice that Popper would give to people interested in dipping their toe in is to understand all the language around cryptocurrency and when looking at a particular asset, to understand what the function of the platform or project is.

“The beauty of blockchain is that really a lot of these are open source. And if you’ve got the skills to read the code, you can absolutely go through line-by-line and see what the software is doing with your money once you deposit it,” he added.

“I don’t have those programming skills. But there are enough people with those skills who publish their findings.”

Popper said you should only put in “as much as you can comfortably afford to lose”.

“The last thing I’d probably caution new entrants to the space is about the regulatory environment,” he said.

“The ATO is supposedly coming down pretty hard on people who are trading in cryptocurrency. And at the moment, it can be really challenging to find an accurate record of what you’ve done.

“There are very few crypto tax accountants. Sometimes you’re waiting weeks for them to get back to you. Others charge thousands of dollars for a consultation.”

Looking to the next stage of evolution in the space, he said the potential for non-fungible tokens (NFTs) – a one-of-a-kind digital asset – “is largely untapped and enormous”.

“At the moment, NFTs are like cute little JPEGs that people collect and spend millions of dollars on,” he said.

“Financial NFTs that really prove your ownership of a particular project or contract on the blockchain, I think, is really the next level of innovation.

“Anything really from your insurance policy, your health care policy, these could all be non-fungible tokens registered on a blockchain. And I think the future is probably headed in that direction.”

What does Jewish law have to say about Bitcoin and other cryptocurrencies?

Chabad.org content editor Rabbi Yehuda Shurpin argues that according to halacha, Bitcoin doesn’t currently have the status of a currency, which is defined “as something that the sovereign government declared as the legal tender of the country”.

“Like most foreign currencies, they are considered a commodity,” he writes.

“Practically, that means that if you borrow Bitcoins from someone, you need to return the value of the Bitcoins you borrowed, not actual bitcoins.”

But while Bitcoin may not technically be a currency, Rabbi Daniel Mann from Yeshiva University’s Gruss Kollel in Israel argues that a groom can still transfer Bitcoin to his bride as part of the kiddushin ceremony.

But he adds, “It is a good question at what point in the electronic process the kiddushin would take effect.”

Taking a completely different angle, author and Talmudic expert Rabbi Tzvee Zahavy argues “there is a basic similarity between the blockchain that governs the authenticity of bitcoins and the Judaic-chain that regulates the validity of Judaic traditions”.

Noting that Bitcoin transactions are authenticated by the blockchain, he argues that the Torah equates to the coins, while its authorised interpretations by rabbis are the transactions – “a chain of our traditions”.

Meanwhile, Jewish law itself can now be found on the blockchain. Two Israeli entrepreneurs are turning verses from the Torah into non-fungible tokens (NFTs) which have become a hot commodity among art collectors and blockchain enthusiasts in the past year.

CryptoVerses organises its verses into small groups, arranged by story, and has already sold 30 of them for an average price of 0.91 Ethereum ($5550).

“It’s like an evolution of the printing press,” co-founder Yonatan Bendahan told JTA.

Co-founder Yuval Meyraz recalled carrying a Bible with him on hikes as a youth group counsellor and reading stories that were relevant to where they were hiking in Israel as a way of connecting his campers to the text.

“It was a great way to deliver the story to the next generation, but these days I’m working on a bit more of a technology way to connect young people … with the stories we love and grew up on,” he said.